Landlords and Letting Agents could be fined up to £3,000 for not conducting immigration checks on new tenancies from February this year.  The amended Immigration Bill, which received royal ascent in May 2014, places additional responsibilities on landlords and their agents to ensure that incoming tenants have the right to live in the UK.

Put simply, a tenant should be either: 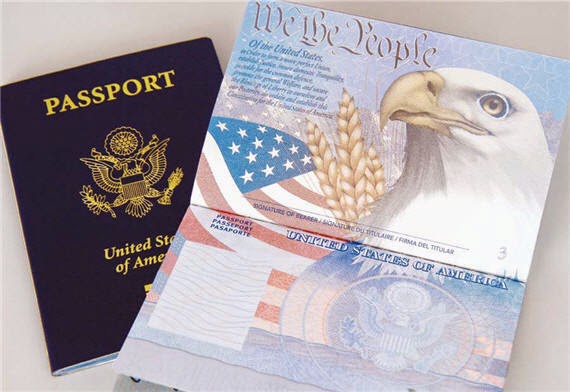 If you're researching the full requirements here's a link to the .gov website.

So what does that mean for us at our Folkestone Estate Agency? Nothing changes for us - best practice at Martin & Co has always been to collect proof of identity and proof of residency during tenancy preparation - it's just plain common sense and also a requirement for the prevention of money laundering.  I would hope that most landlords & agents are already collecting proof of identity at the bare minimum.


Who's Liable?
At the moment the person liable to pay the fine is the landlord, or the landlord's agent if they had agreed to conduct checks on your behalf.  Ask for copies if you're unsure.


What if I've Already Been Caught Out?
If it's just come to your attention that your tenant isn't eligible to reside in the UK then I would recommend reading the section entitled "Excuses Available to Landlords" in the full document.


How To Collect Proof of Residency
Ask all the tenants who will be signing the tenancy agreement to bring their proof of identity and residency as soon as they apply to rent the property from you or ensure that the agent who represents you does this on your behalf.

Do this with every tenancy, whether you think they're British or not.   This isn't just about immigration - this is about ensuring that this person is who they say they are.
Renewing a Tenancy or Allowing a Tenancy to Become "Periodic"
This is the point where I would expect quite a few landlords and agents to come unstuck under these new requirements and the reason why I suggest making a note in your diary of the date of their visa expiration.  Here's an example:

Your tenant applies to live in your property for a period of 6 months after which he plans to leave the country and end the tenancy.  As the date of expiration of his visa is after that date, you don't worry too much about it.

Four months into the tenancy he rings to say that his employer has offered him a promotion and he'll be staying after all.  You're delighted because you don't need to re-advertise and find another tenant, right?

Right!  (well, one more thing to check...)  Under the amended immigration bill you will be required to ensure that he does have an extended right to remain in the UK before allowing him to stay in the property beyond the expiration of his visa.  They will consider you to have allowed it either by passively allowing his tenancy to become periodic or if you renew his tenancy.  In other words - don't renew his tenancy or allow it to become periodic without seeing his extended visa.

As always, laws can change so do seek legal advice if in doubt or make use of the various .gov websites which are available to us all.

Is this a bit harsh?
Well, yes.. probably.  As a Letting Agency it doesn't change much for us because we've always had a robust process for referencing which includes checking that the tenant is entitled to live in the UK (using the above process).  I've always considered that as a pre-requisite because it would be poor service to our landlords to let a property to a tenant who could be turfed out of the country at any moment.

Having said that, it's an added level of complication for landlords who manage their own properties when border control should really be in the hands of the authorities.  In reality I would guess that this bill is less aimed at actually fining landlords, and more at incentivising honest landlords to report those who aren't supposed to be in the country.  It's a sad, but efficient approach to a problem that the authorities are all too aware of.